A private Zen temple (not open to the public) popular for its Chisen Kaiyu style garden (Japanese garden with a path around a central pond and spring). The garden benefits from the scenery of Higashiyama area. Visitors will be able to experience real Zen by placing themselves in a life of Zen Buddhist monk. 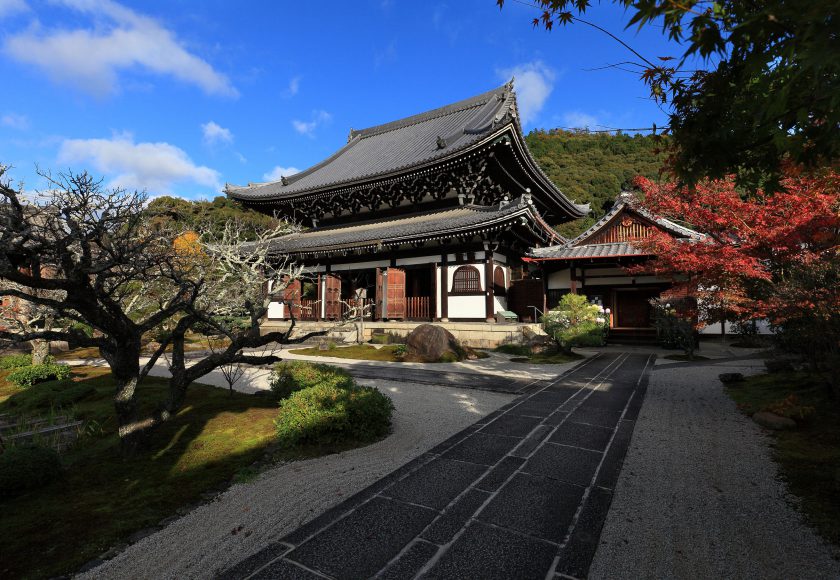 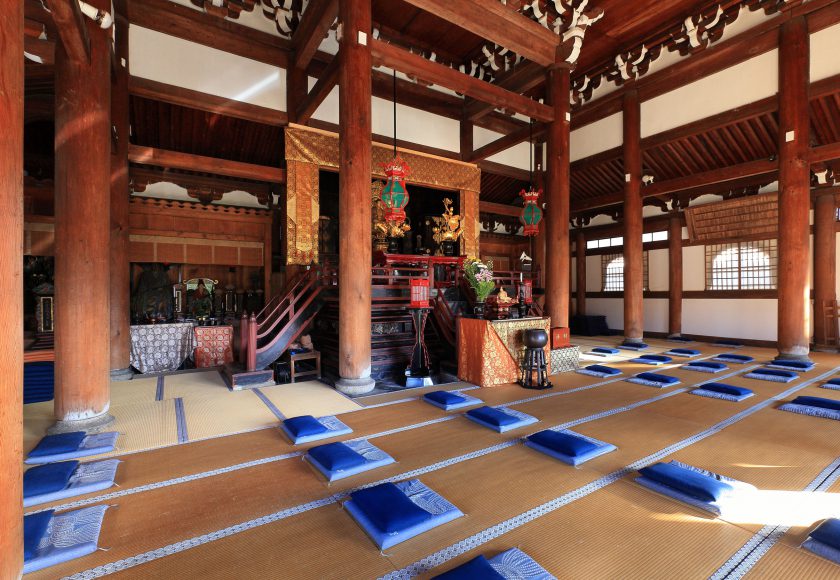 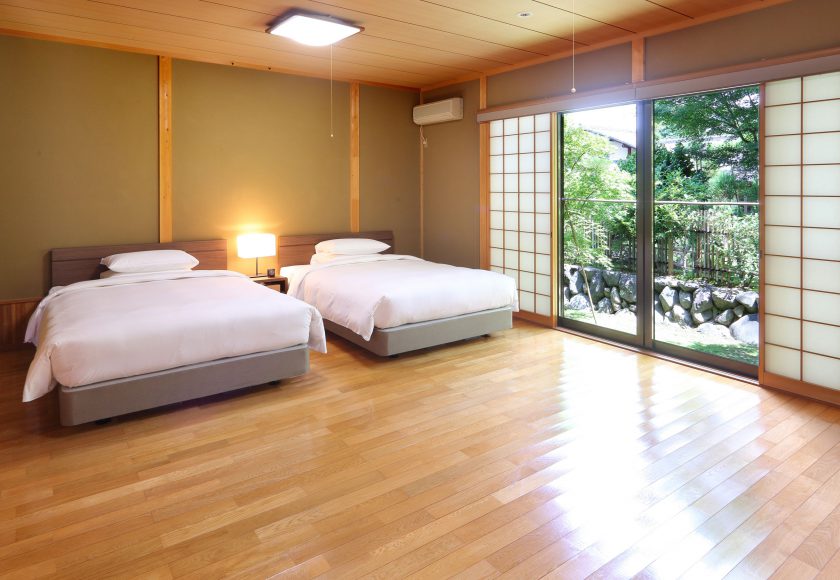 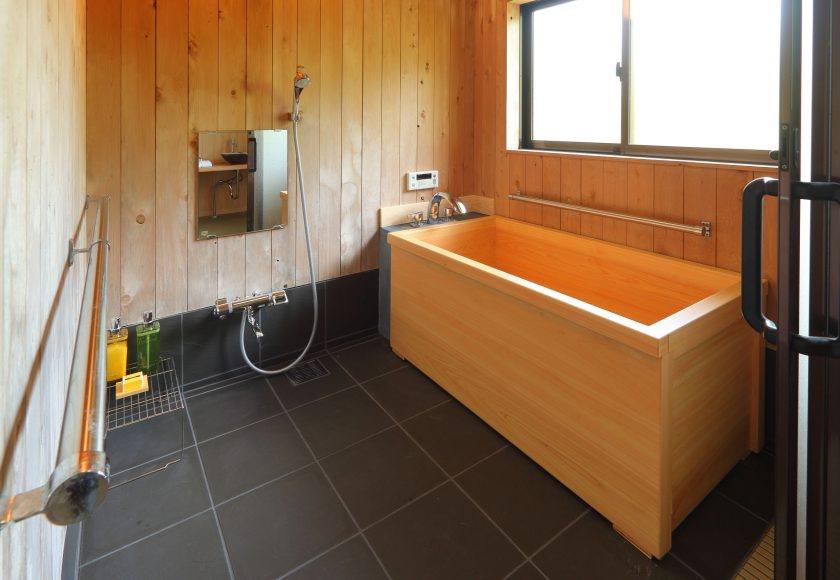 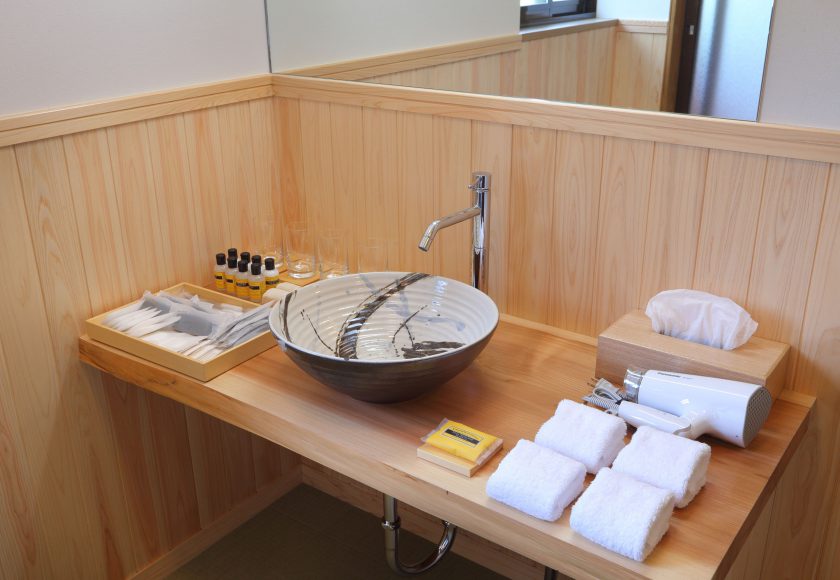 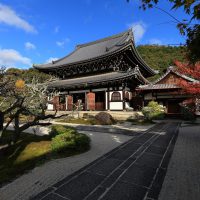 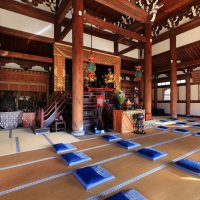 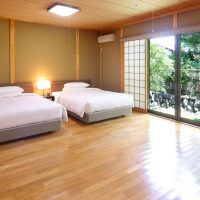 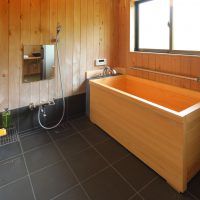 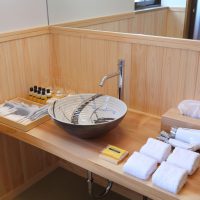 * This plan is only one party a night. (Maximum number of people is 5)
Dinner and breakfast at the nearby Japanese restaurant are included.
An interpreter will accompany the guests.

Kouunji Temple is a sub temple of the Nanzenji  temple, the head temple of Nanzenji sect of the Rinzai Zen Buddhism. Sango, a honorific mountain name prefixed to a temple's name is Reishizan. It was located in Settsu (Osaka), in 1664 the emperor Go Mizu no O and the empress Tofuku Mon In (granddaughter of the General Tokugawa Ieyasu) who were devouts of Eichu, a monk of the Nanzenji temple, moved the temple to today’s site. The principal Buddhist statues are Tofuku Mon In’s Shaka Nyorai and Kannon. The successive imperial families valued the temple and it became Kuni no Miya ke’s family temple. The land of the temple was once huge, but it was minimized because of the revolution occurred in Meijiperiod. Other than the statues above, there are statues of Anan and Kasho, disciples of Shaka, and also statue of TofukuMon In, in the Main hall. The garden located at the south area of a study room (Japanese traditional architecture called Sho-in) was designed by Ogawa Jihei, a garden designer during the Showa period. This noted Chisen Kaiyu style garden’s water comes from the Biwa lake canal and the garden benefits from the scenery of Higashiyama area. At the northeast area of the garden, there is a famous Agate basin came from Korea. In addition, there is a grave of Akiko Imperial Princess, (Princess of Emperor Go Mizu no O) at the back area of the temple and a grave of Kuni no Miya Ke at the north area from the temple’s gate.

*Since the schedule above is tentative, times and activities may change.

There is a western style kitchen and also a bedroom with a blend of Japanese and Western styles in the staying facility called Kanunan. The guests can reserve the whole building. The building is also suitable for long stay. Guests can use the building like a condominium.

There is a noted Chisen Kaiyu style garden at the Kounji temple not open to the public. The garden was repaired by the garden designer, Ogawa Jihei the seventh. The garden’s water comes from the Biwa lake canal and the garden benefits from the scenery of Higashiyama area. The garden is designated as Kyoto’s scenic spot. Guests can have a tea ceremony while enjoying the garden.

Zazen is one of the basic Zen practices aiming of one’s mental concentration, by sitting in the right posture. Guests experience this practice by learning from a Zen Buddhist monk at the KOUUNJI temple's Buddha Hall.